Peschiera del Garda
In the east of the gentle, almost completely flat meadow landscape of the south bank is the busy Peschiera del Garda. Its location on the Mincio - the only outflow from Lake Garda - gave the town of 10000 inhabitants special strategic importance at an early stage. Today it is an important hub for rail travelers in particular, because it has a train station - like only Desenzano on the lake. This is only a stone's throw from the old town and, among other things, a stop for the express trains on the route - Milan Venice. Peschiera's old town, completely surrounded by canals, lies within a mighty, beautifully overgrown fortress. When strolling through the narrow streets - which are not dominated by tourism - you will find many nice shops and small bars. On the flat shore between Peschiera and Sirmione there are good bathing opportunities and numerous campsites with large meadows that extend down to the lake. The popular amusement park Gardaland is only two kilometers from Peschiera and the hinterland with its moraine hills and the pretty river Mincio is also a wonderful destination. Peschiera is one of the few cities in the south-east of Lake Garda that offers all year round service. Many restaurants / shops / hotels are open all year round. 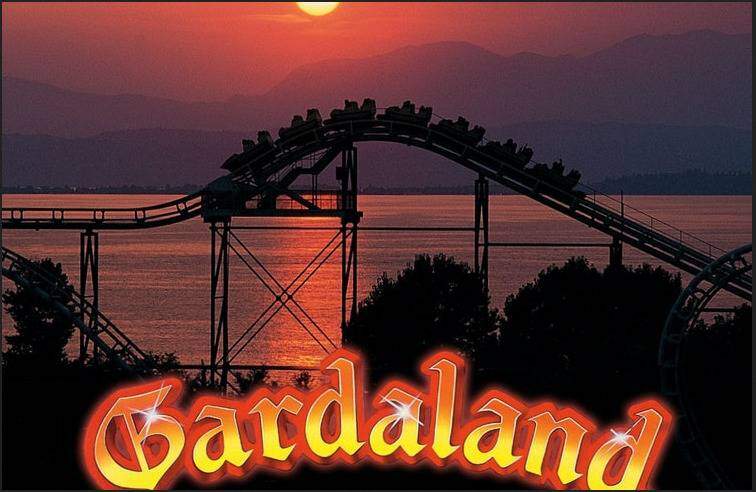 Castelnuovo del Garda
5 kilometers east of Peschiera, a little away from the lake, is Castelnuovo in the middle of the extremely fertile moraine hills. The landscape is characterized by vineyards, olive groves, cypress trees and rustic farmhouses and magnificent old villas. In Castelnuvo is one of the most famous amusement parks in Italy….

Shopping - restaurants: In Peschiera there are 2 Lidl supermarkets, a Eurospin, a Migros and a Familia superstore.

Food - Fast Food - Restaurants: You will find in Peschiera Fast Foot, pizzerias, restaurants, bars, numerous cafes and a Mc Donalds. Plenty of waterfront restaurants including the floating restaurant. The terrace was built on stakes in the water.

Center / Old Town / Centro Storico: Peschiera has a beautiful little old town with a pedestrian zone. the old town is completely surrounded by canals and lies within a mighty and beautifully overgrown fortress. Sights include the historic town center with the fortress wall and excavations from the Roman period.

The location of our holiday apartments on Lake Garda:

The current weather in Peschiera:

Please enter your username or email address. You will Receive a link to create a new password via email.