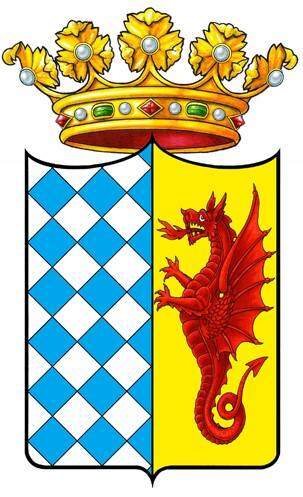 Lazise lies between Bardolino and Peschiera and consists of two districts (Pacengo and Colà). Its old town has a clear medieval origin. The city walls were built in the 14th century by the Scaligians and these walls are dominated by the castle. Lazise got its name from laceses, which means something like village on the lake. Lazise del Garda has many beautiful picturesque spots and squares. So the square, Piazza Vittorio Emanuele. It has a small harbor that is still lively today by numerous fishing boats. he houses and arcades around the harbor as well as the characteristic alleys of the old town are home to numerous bars, restaurants and shops. In the past, life consisted entirely of fishing and, above all, agriculture, especially olive and wine growing. Today life is heavily focused on tourism, which has made Lazise one of the most desirable destinations on the entire Olive Riviera.

Shopping - restaurants: There are many narrow streets and small squares in Lazise that stretch far into the narrow harbor basin with its lively promenade. Numerous cozy restaurants, bars and cafes are lined up here. The numerous, long streets in the old town invite you to stroll and shop. Between the individual shops there are smaller bars and restaurants that are well attended in the evening. In a few meters you can walk to some nice restaurants, pizzerias and cafes. There are numerous fashion and sports shops, trendy items, souvenir shops, and many leather shops in Lazise, ​​so that there is no boredom when shopping.

go out: There is always something going on in Lazise in the evening, too. For young people and the young at heart, the city offers an extensive nightlife from disco to cozy piano bar, or chic restaurant, or rustic local fish bar and much more.

The old town with harborn: Behind the mighty defensive walls is the beautiful old town with its harbor basin protruding far into the colorful rows of houses. The place has one of the most beautiful and atmospheric ensembles on Lake Garda with its atmospheric harbor and the adjoining large, rigid and geometrical square.

The Venetian Customs House: The Dogana Veccia is a Venetian customs building from the 17th century, this is directly connected to the church. The ten meter high and 900 square meter interior once served the Venetian fleet as a customs and warehouse. Exhibitions and concerts are held here today.

Market day in Lazise: Trade day is every Wednesday

Scaliger Castle: Perhaps the most interesting sight in Lazise is the large Scaliger Castle, which was built in the 9th century and is still largely preserved today. In particular, the tall main tower and the three large city gates, which form the entrances to the car-free historic old town, are majestic testimonies from earlier times. Due to the crenellated circular walls and the towers of the Scaliger Castle, Lazise still looks medieval at first glance. No cars are allowed through the city gates, the parking spaces are on the main street.

Romanesque church of San Nicolò: The Romanesque church named San Nicolò, built in the 11th or 12th century, cannot be overlooked. It was dedicated to the patron saint of boatmen. At the beginning of the 18th century, the already dilapidated church was used for other purposes and served the traveling traders and other vagrants as a night-time sleeping camp. A Sunday visit to this church today offers a very special experience: there is an evangelical service that is held in German from May to around September. It housed a theater until the end of the last century, when this church was restored in 1953, frescoes from the 14th century were found.

The location of our holiday apartments on Lake Garda:

The current weather in Lazise:

Please enter your username or email address. You will Receive a link to create a new password via email.